My 40 Under 40 interview was released in the Nashville Business Journal earlier this month. The content was exclusive so here’s a sneak peek of the feature. Enjoy!

What’s the worst advice you’ve ever received, and what did you learn from it? 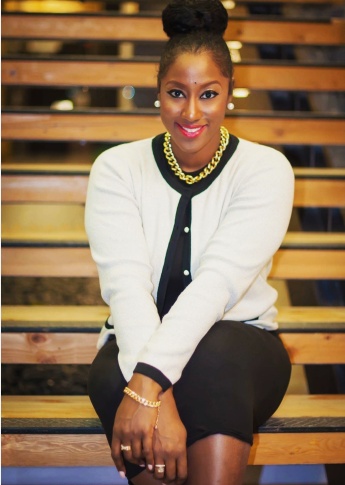 Most recently, the worst advice I received was not to pursue a doctoral degree. Last spring, I enrolled in the University of Southern California’s Global Executive Doctor of Education program, and since, I believe its one the best decisions I’ve ever made. Initially, there were many people who highly endorsed the idea as a possible waste of time and money. With a master’s degree, a few businesses and a job as a professor, they felt the credentials I had were enough to carry me as far I wanted to go. I see some merit in that notion but I also saw this as a chance to deepen the connection between my entrepreneurial background and my role as an educator. I relish the opportunity to tackle intellectual problems and explore new areas of knowledge through global trends from around the world. Making this decision gave greater affirmation in knowing that not everyone will understand your vision. I have come to learn with this and past situations that the more you love your decisions, the less you will need others to love them.

What is the greatest potential that comes from Nashville’s growth?

I am both optimistic and concerned about the growth this city is experiencing. While we’ve seen amazing progress in significant areas, we’ve also seen issues like crime, gentrification, housing and transit become more prevalent as a result of our rising population. I believe that the greatest potential from this expansion is the opportunity to make Nashville an exemplar for diverse communities – a place where resources are allocated and room is made for residents of various socioeconomic levels to thrive.

What fictional character do you most relate to or empathize with, and why?

Not a fictional character but a biblical character, Lydia – a woman from the Bible whose story found in Acts 16 – is one with which I identify. Lydia was an intelligent entrepreneur who loved community and understood the value of relationships. She was humble, perceptive, assertive and generous.

What is your least favorite assumption about millennials?

I write in detail about millennials in my book, The Original Millennial: Lessons in Leadership, and address the many stereotypes and assumptions of my generation. I think there’s enough conversation about what millennials are and are not in contrast to other generations so I don’t speak to the stereotypes or assumption that could support common issues. I think those are rehearsed and, quite frankly, rather old. I believe the driving force behind the potential greatness within the millennial generation is our originality. Millennials always look for ways to make things greater, bigger, better, stronger and more practical. The best parts of millennials are found in the choice to change and evolve. The original qualities of past generations use commonly understood behavior patterns, which make them far easier to define, whereas millennials have the ability to defy category. We, and other generations, have to accept that and embrace it to overcome issues that could create barriers to leadership and collaboration.

What is your favorite social media platform, and why?

I love YouTube. I am a creative at heart so I love the storytelling aspect of videos as well as the ability to research, find information, and be informed and entertained. I also love Instagram and WhatsApp.